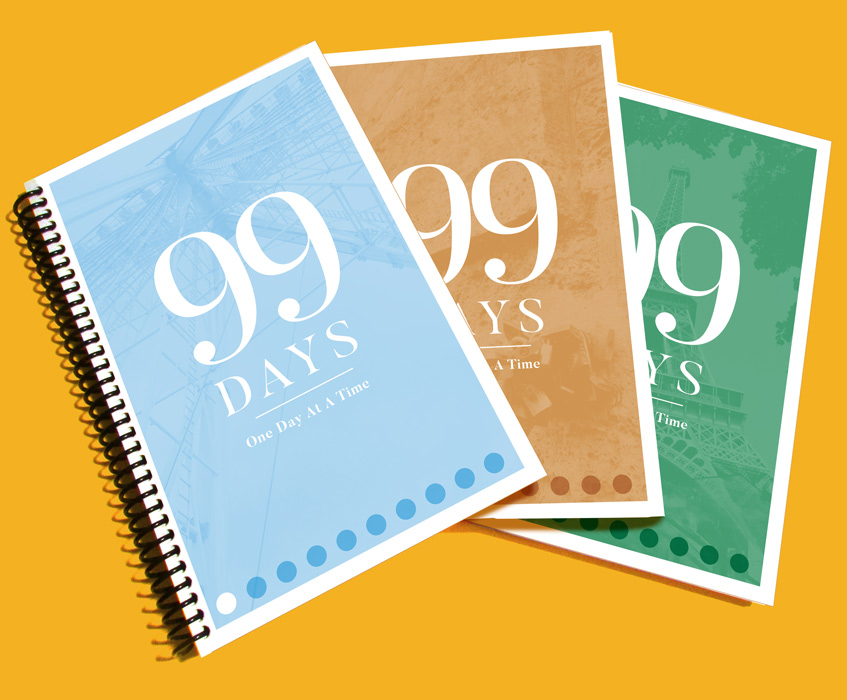 While at Acadia, I was given a daily planner to use. It was very useful for me to plan out my day, and I’m glad to of had it. There were just a few problems with how I used it. The planner provided avenues to reflect on your day, maybe see where you can do better in the future, and to try to focus on what you are grateful for and your big wins.

I didn’t really use those features.

The way I see it, I am a pretty positive person. I don’t really need a book to remind me of all the things I can be thankful for. Also, I don’t need a planner for the week or month. My Google Calendar already has that, and I don’t need to transcribe it. Furthermore, I kept having assignments that I needed to jump on as soon as I got them, or sometimes, I finished work sooner or later than I planned and I needed to update my schedule. So I needed to have a way to schedule that was more flexible. Lastly, the planner I was given normally costs just over $30. I needed something much cheaper.

These books I made leaves out anything I didn’t need from the previous books, has a looser schedule mechanism and is pretty cheap to produce. 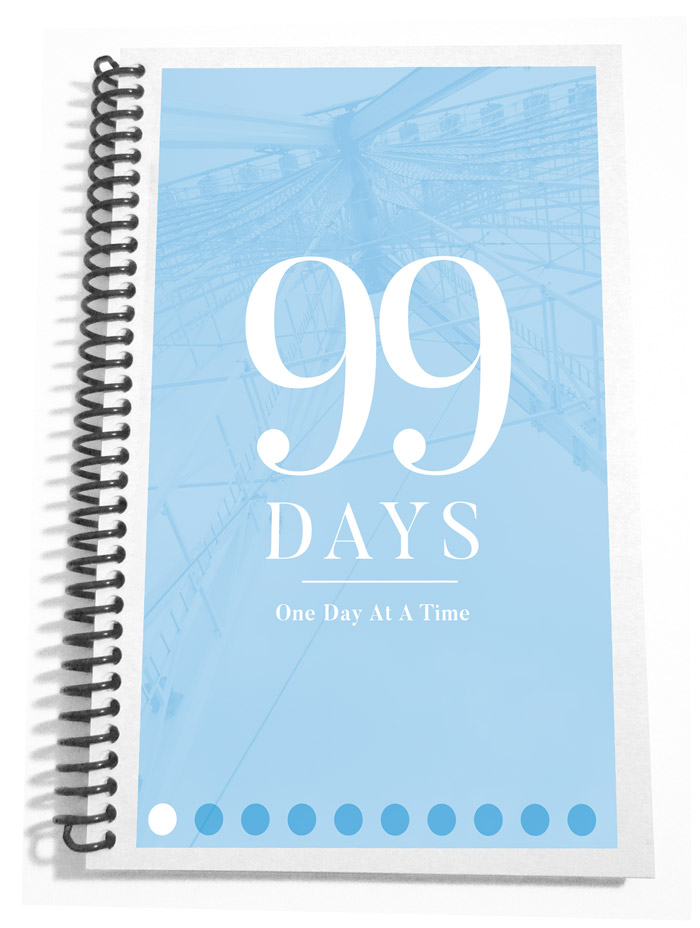 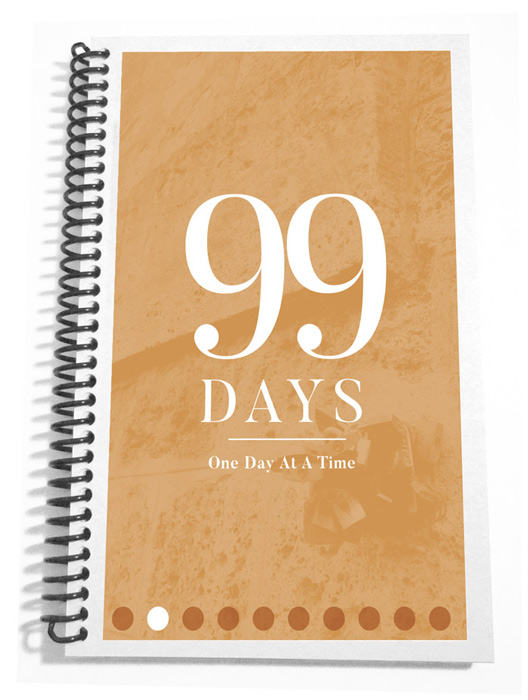 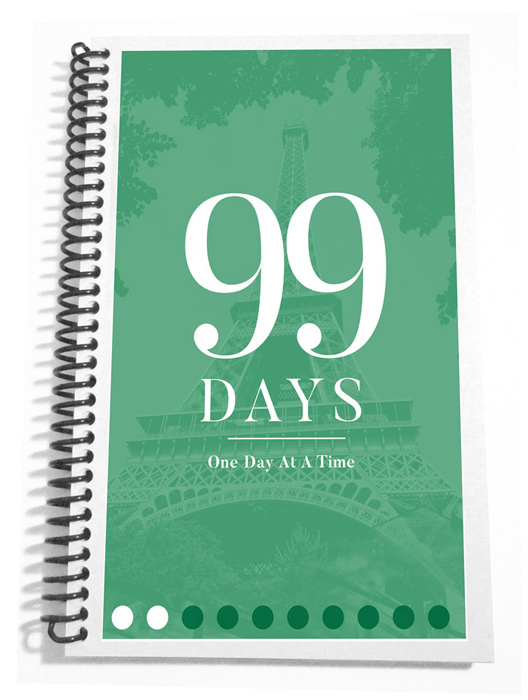 The cover and the final spread are simple. I wanted to have an image in the background that was light in both appearance and mood. I had taken several pictures from a college trip to Paris and Amsterdam which were absolutely perfect. The cover images suggest goals that people want to achieve, like traveling to fun places, and the imagery is very recognizable. The images used for the back, however, are of nice things, like good food and cats. The message here is to treat yourself after your goal was achieved. You did a good thing. 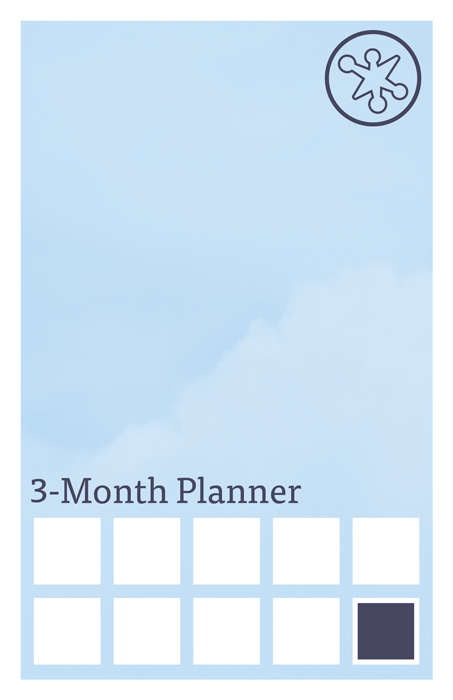 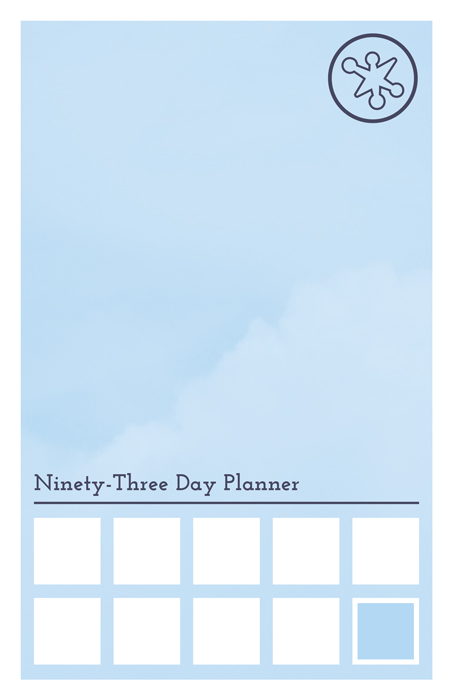 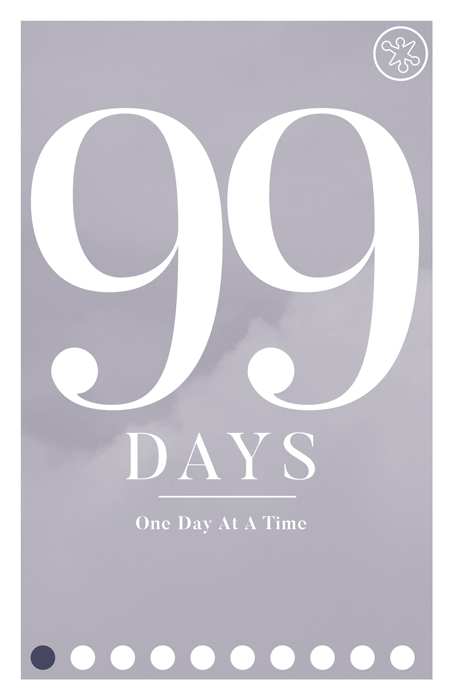 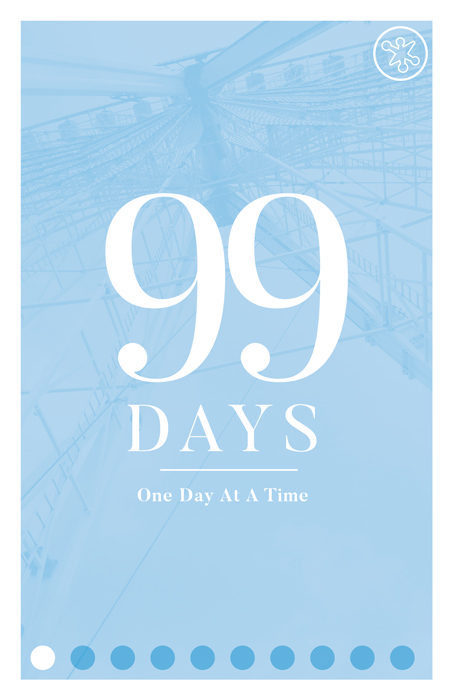 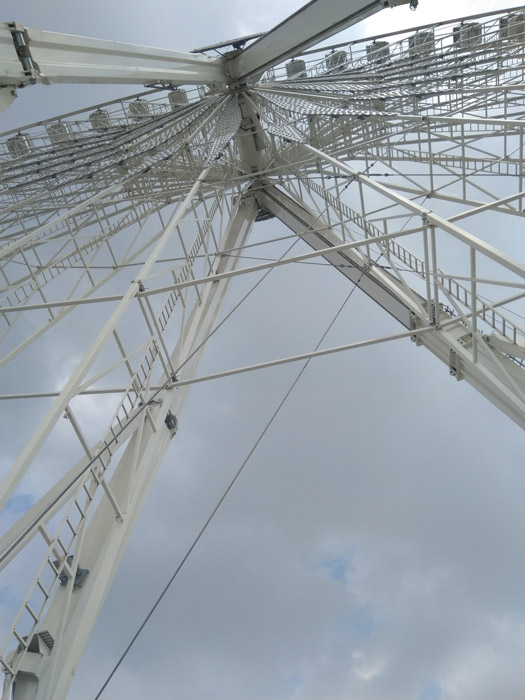 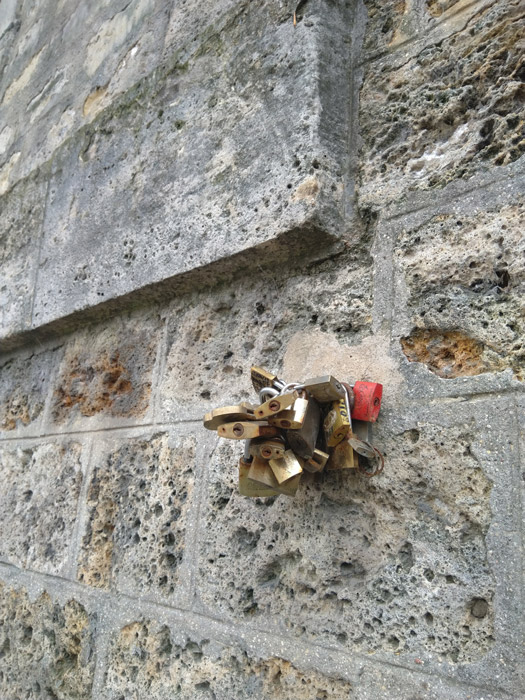 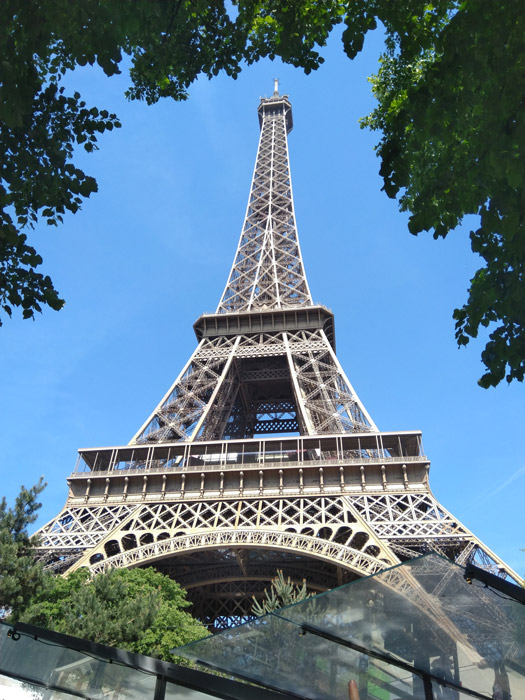 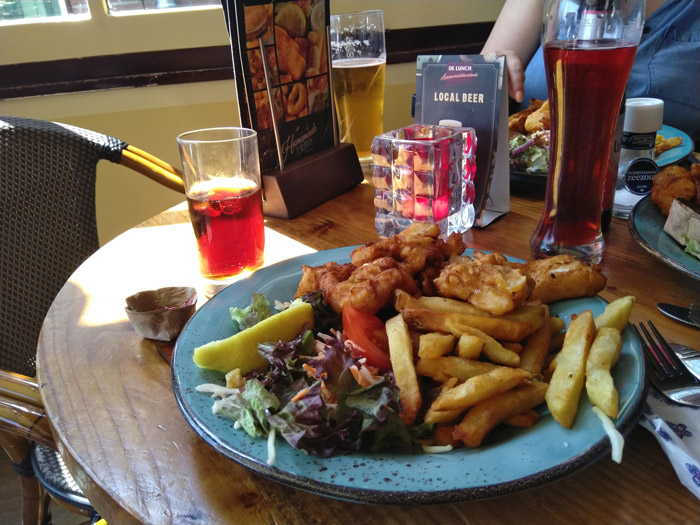 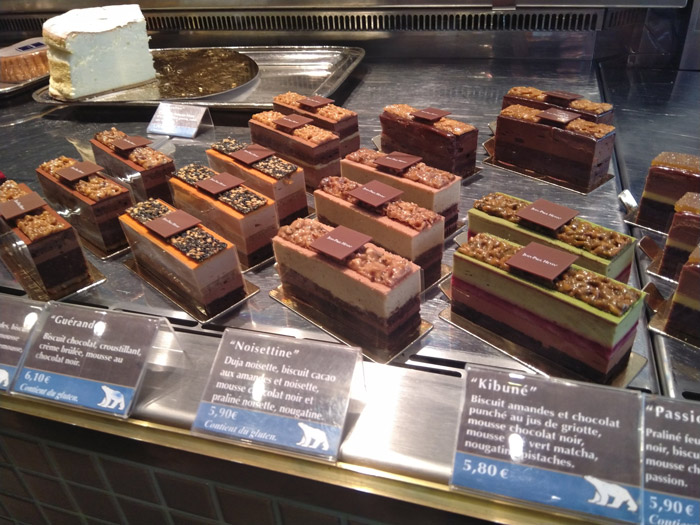 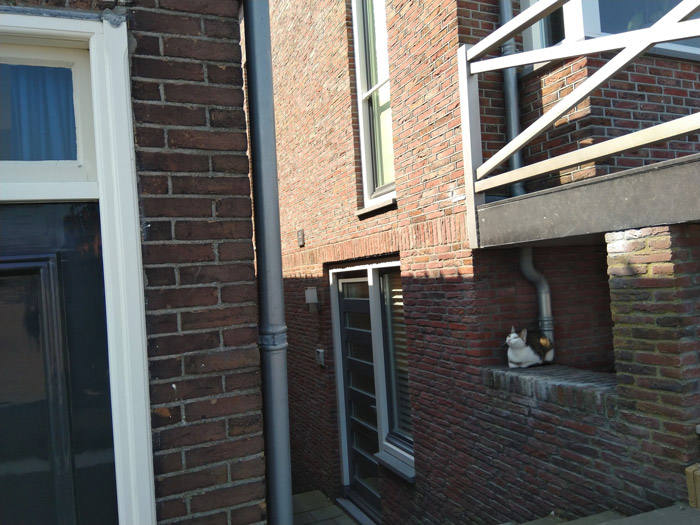 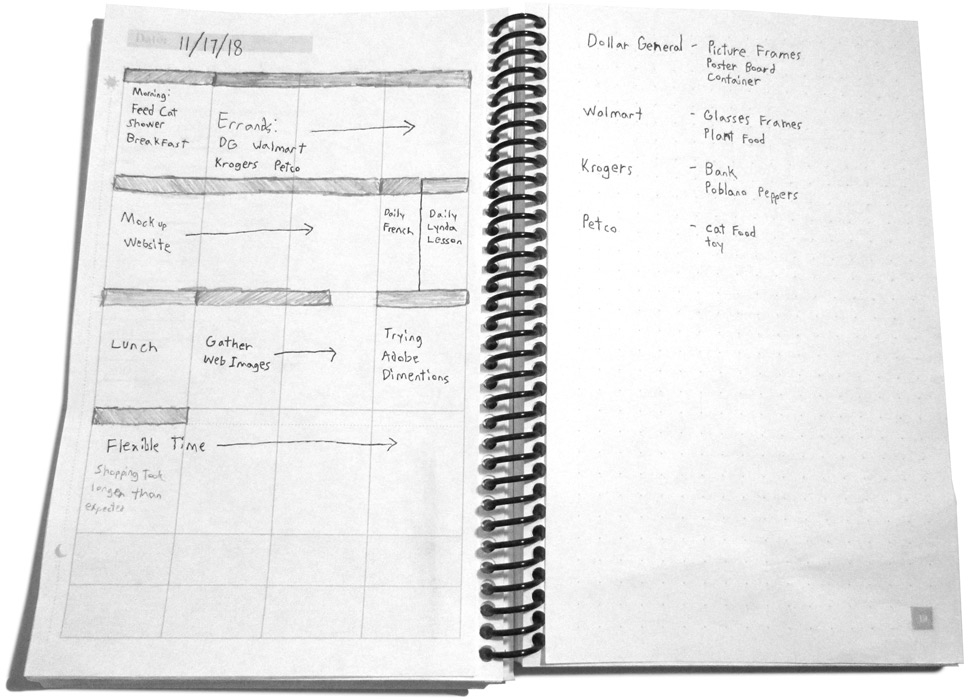 The internals features a 4x6 grid to represent the 24 hours of the day. Starting your waking hour, you plan each hour within the hour blocks. You can modify the blocks with a line for half hours as well. Then fill in the dotted rectangles at the top of each block to represent time spent. Without having times explicitly stated, you can be more flexible in the day, and move onto other projects before the allotted time is finished for the current one. Having some free hours near the end can be used as a buffer for any project that is taking longer than assumed, and it is good for mental health to have some breaks as well. However, projects and meetings with explicit times still can work here by simply writing the start time in the notes. The bottom eight blocks are sleeping hours. I recommend using those for sleep, but they are still open for tasks if you really must stay up. The right page features a dot grid for notes and ideas. 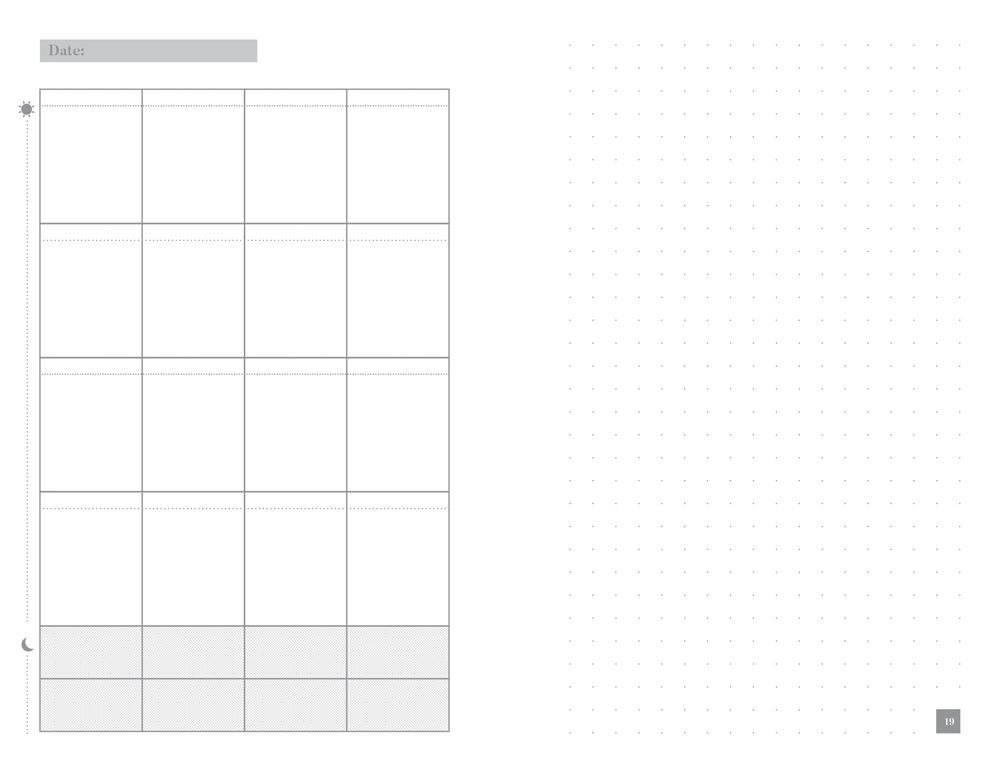 The cover went through a few different revisions before selecting these, but one thing that never changed was the numbering system for the books. I had learned how computers can use binary to count from an issue of Marvel’s Squirrel Girl. I thought it was fun, and even though it may be less practical than just saying “#1” “#18” “#156”, it looks more interesting, and it lets the 99 become the only number on the cover.

So to use it, binary uses lines of 1s and 0s. The computer takes those and assigns values to them starting from 1 and doubling the number as long as the series goes. (1, 2, 4, 8, 16….). At default, all the binary in the series is a 0. When any 0 in the series becomes a 1, its respective value is counted and added to each other. Here’s an example

In the cover’s case, I have a series of 10 dots. So the numbers are as follows…

So if any one of those numbers is lit, the computer would count its value. If more than one is lit, like the first two dots, for example…

...one and two are added together to make three. This can go on for any combination.

One, two, four, eight, sixteen, thirty-two, sixty-four, one hundred twenty-eight, two hundred fifty-six, and five hundred twelve are all filled in. The sum of all the numbers is one thousand and thirty-one.

Incidentally, to fill up all the cover dots and to get to Volume 1031, I would need to be using these planners for over 277 years. If I want to use all of those, I'd better start taking my vitamins.