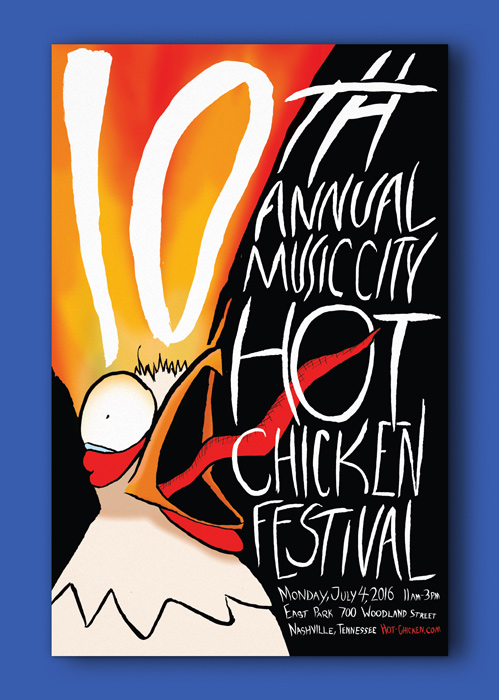 Every year, the Music City Hot Chicken Festival committee comes to invite a class to design the poster. In the class, three people are chosen for the poster and t-shirts. My poster, featuring a chicken which has just had it with spices, was picked for the volunteers’ t-shirt. 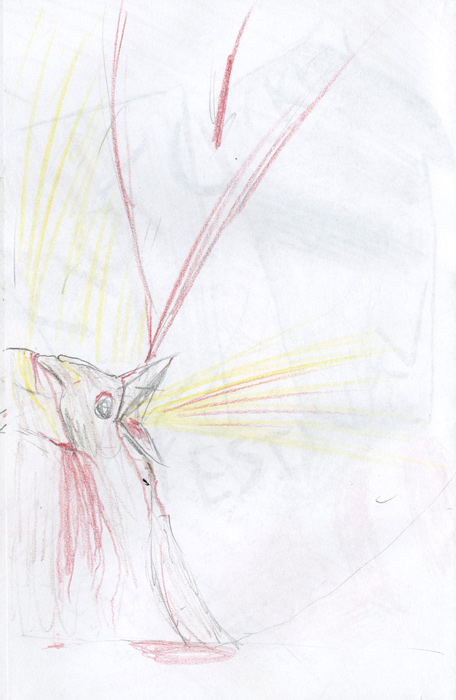 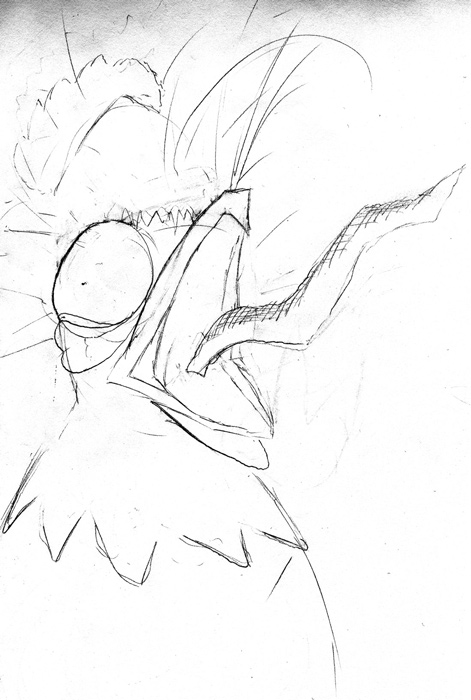 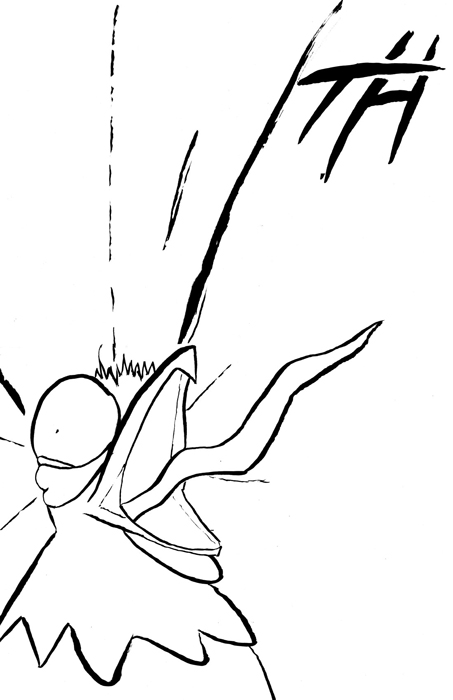 I played with several ideas, mostly comical, but some dramatic. Eventually I depicted a slapstick cartoon style. The “10” was originally the fire itself, but It became more legible when I made them the biggest characters on the poster. 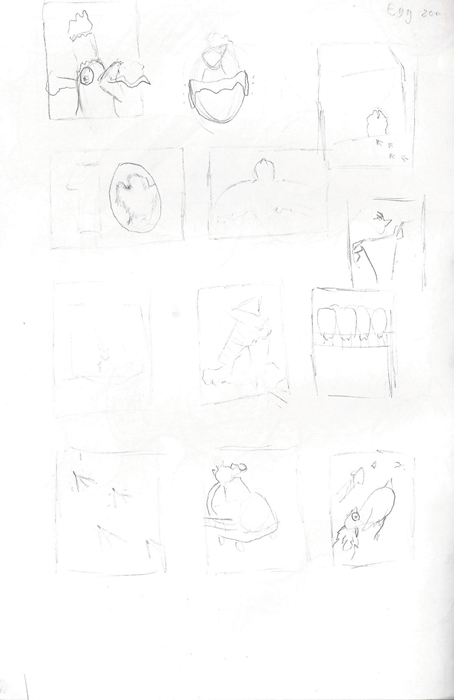 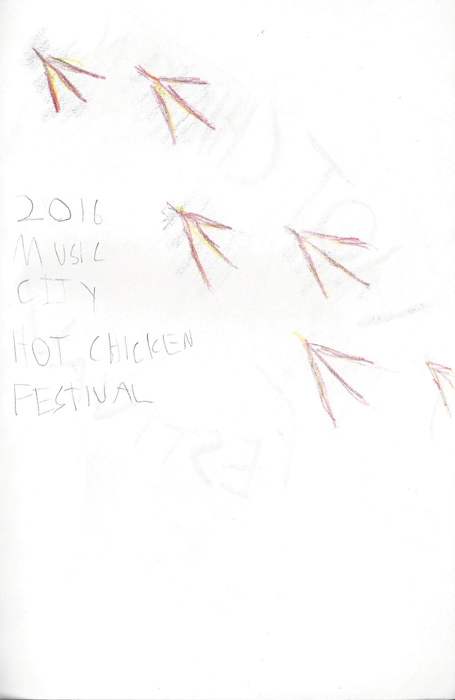 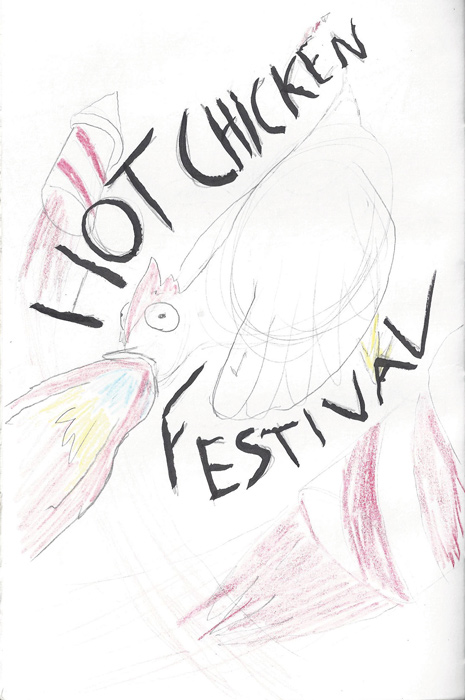 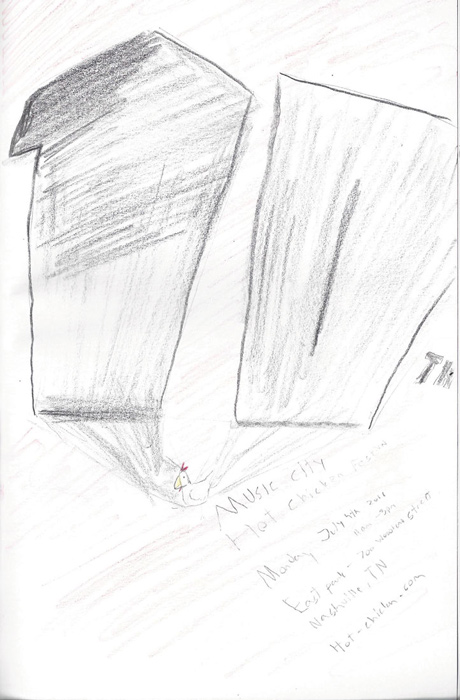 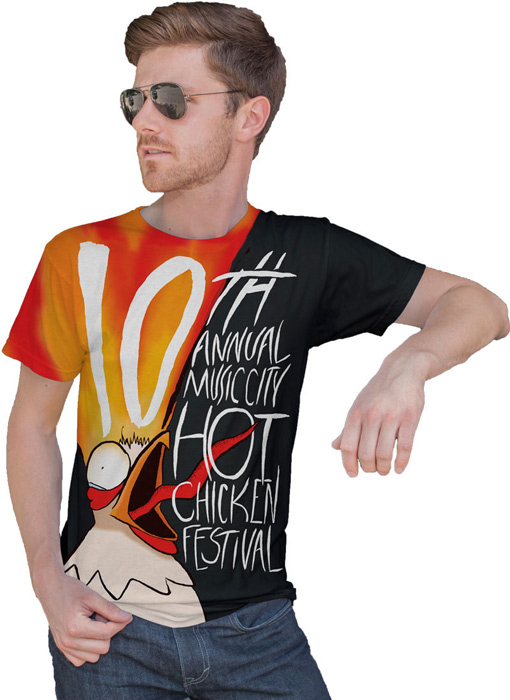 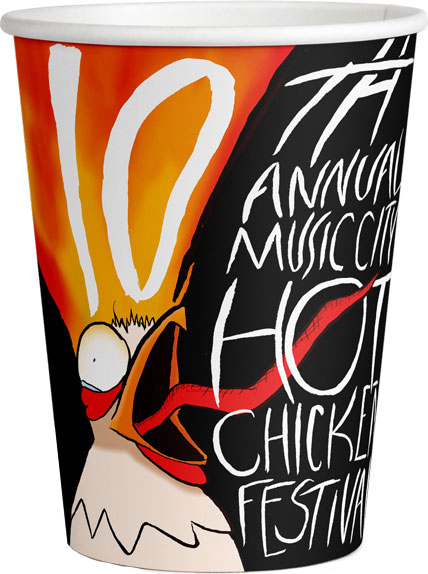 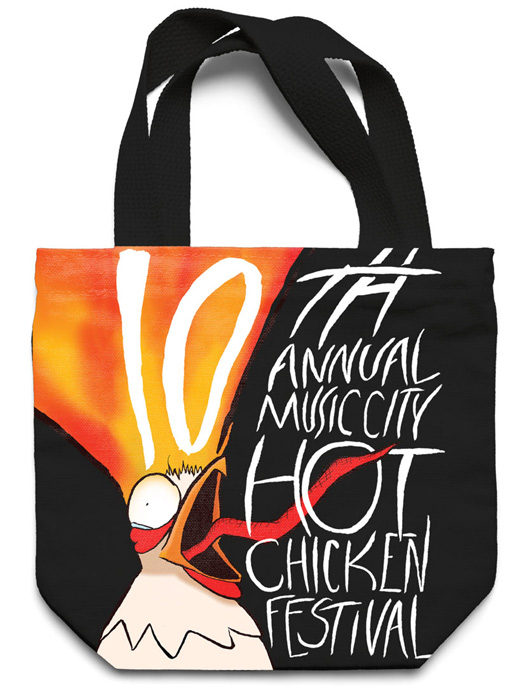 When the t-shirts were made, they just put the poster straight on the field of white. I thought there could be some better ways to display it. On the right are some mockups for some more stylish event memorabilia unconstrained by budgets. 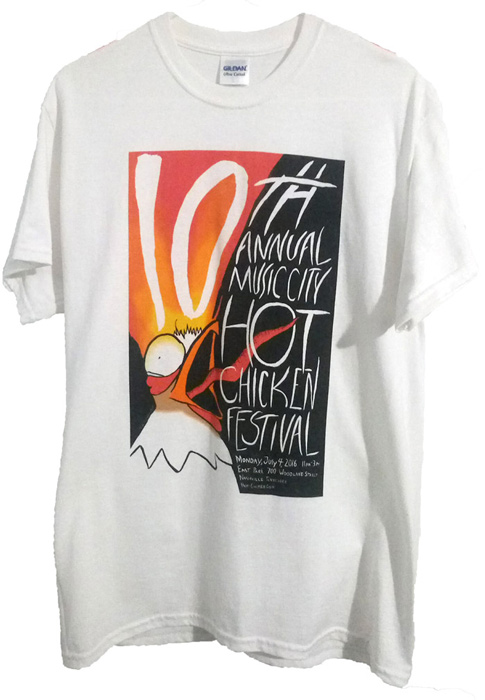